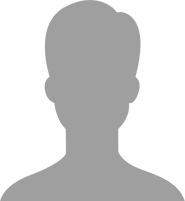 Paul Casavant was born and raised in Gardner, Massachusetts. After graduating from Gardner High School, Paul followed his love of teaching and earned a B.A. in Education, followed by a Master’s in Education, both from Fitchburg State College. He went on to teach Kindergarten for 7 years, while working with children with special needs during the summers.

In 1986, Paul and his partner Rick embarked on the first of many adventures together when they took a chance on a new life in a new place and purchased the Shore Road Market in Cape Neddick, Maine. For the next 14 years, they worked hard to give back to their community and create a true “neighborhood store”.

One of their neighbors was a kid named Troy Williams, who one day asked Paul if Paul would let him sell painted rocks to people visiting the Shore Road Market. Paul said “Of course you can!”, and Troy embarked on a career of entrepreneurship right there at the Shore Road Market at the age of 8.

After 14 years of working 16-hour days, Paul and Rick sold their beloved market in 2000, and took some time off to travel and relax. In 2007, Paul became a licensed realtor and was active in both Florida and Massachusetts. But something was missing, and that something was the state of Maine, which they both thought of as home.

In 2020, Paul and Rick moved back home to Maine to stay, and the story came full circle when Paul asked the kid he had said yes to so many years before if he could work for him, since the boy with the painted rocks was now the head of the most successful real estate agency in York County. It was Troy’s turn to say yes.

Paul uses his background and continuing love of education when working with his real estate clients. He considers it a privilege to help buyers and sellers understand the entire process, and is patient, clear and warm in all of his interactions.