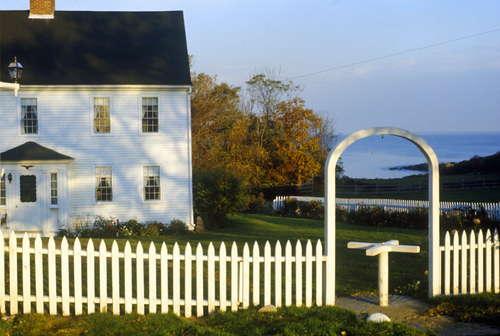 Biddeford, named after a town in Devon, England, is essentially three cities in one: downtown with historic mills, the University of New England Campus, and Biddeford Pool on the coast. One of the earliest European establishments in the United States, the settlement of Biddeford Maine began in 1616, predating the arrival of the Mayflower.

Biddeford was originally a mill town, beginning with lumber and grain. Later, factories were established to make footwear and textiles, which attracted Irish, Albanians, and French-Canadians. Incorporated in 1855, Biddeford is now one of the biggest cities in Maine, and is just a short commute to Maine's largest city, Portland.

For thirty-five years Biddeford has hosted La Kermesse, a large Franco-Americaine festival celebrating the city’s rich French-Canadian heritage with a block party, parade, and more. No longer a mill town, the primary industries in Biddeford are education and health care.

Biddeford’s downtown is being redeveloped while entrepreneurial and artist communities bring a modern vibe to an old city. One million square feet of mill space is being developed for mixed use, and the city has been designated as a Main Street Maine Community, bringing in public and private investors.

Biscuits & Company and Pizza by Alex are the top two restaurants in Biddeford according to Trip Advisor, but there’s more to the city than just an ever-expanding food scene. Biddeford has beaches, trails, and the beautiful Biddeford City Theater. The theater is a restored Victorian opera house and national landmark, and is the production venue for the University of New England players.