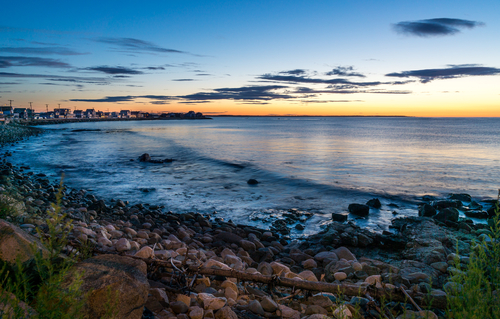 The town of Wells Maine, named after an English town in Somerset county, was founded around 1643 when settlers from Exeter, New Hampshire were granted right to populate the land, which included what is now Kennebunk (until 1820) and the village of Ogunquit (until 1980).

Wells was only one of four English settlements to survive the French and Indian wars of the late 17th century. The Joseph Storer House is where fifteen soldiers resisted five hundred French and Indians. The third oldest town in Maine, Wells was incorporated in 1653 and developed as a farming rather than fishing community. In the early 20th century, Wells became a popular tourist destination.

Wells Harbor Park has a playground, beach access, and free concerts over the summer. Congdon’s Doughnuts, established in 1945 and moved to Wells in 1995, was built on Nana’s home-made doughnuts and still practices the theme of “breakfast anytime.” For seafood, Mike’s Clam Shack is always a hit, or dine at The Steakhouse, which serves never-frozen beef and was named one of the top ten steakhouses by Best of New England. All are AAA picks.

Property values in Wells exceed those in Portland, but the taxes are significantly lower than the state median. The schools in Wells are shared with the quaint town of Ogunquit, and have received a National Silver Medal from US News, and are rated as fifth in the state. Crime rates are also very low. Cities like Boston and Portland are very accessible from Wells. Aside from the spur of the Maine Turnpike, there is an Amtrak Downeaster station to bring commuters to any of four stations in Boston or north to Portland. Wells even has a year-round bus to get to the Amtrak.

Perfect for families as a year round residence, or for couples looking for a vacation home, the town of Wells truly has something for everyone. Give our office a call at 1.207.351.8188 or search below to find great homes for sale in Wells Maine!